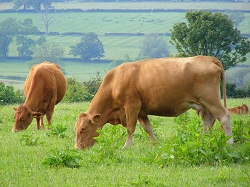 From 1998 to 2005, Defra killed nearly 11,000 badgers as part of the Randomised Badger Culling Trial (RBCT, also known as the Krebs experiment). What did those badgers die for? At the time, we were led to believe that the badgers were being sacrificed for science, science which would inform Government policy on the eradication of bovine TB (bTB) in cattle. The results of the RBCT would finally reveal whether or not badger ‘culling’ actually worked as a means of controlling the disease in livestock.

Well, the RBCT certainly generated plenty of science. Numerous papers were published in leading scientific journals both during and after the trial. Then on 18 June 2007 the overseer of the trial, the Independent Scientific Group (ISG) on Cattle TB, published its Final Report. In his foreword, ISG Chairman Professor John Bourne wrote:

The ISG’s work – most of which has already been published in peer-reviewed scientific journals – has reached two key conclusions. First, while badgers are clearly a source of cattle TB, careful evaluation of our own and others’ data indicates that badger culling can make no meaningful contribution to cattle TB control in Britain. Indeed, some policies under consideration are likely to make matters worse rather than better. Second, weaknesses in cattle testing regimes mean that cattle themselves contribute significantly to the persistence and spread of disease in all areas where TB occurs, and in some parts of Britain are likely to be the main source of infection. Scientific findings indicate that the rising incidence of disease can be reversed, and geographical spread contained, by the rigid application of cattle-based control measures alone.

On the day the ISG’s final report was published, I wrote about it as follows:

Today’s final report of the Independent Scientific Group (ISG) on Cattle TB is 287 pages long and I have not yet read it all. But from what I have read so far, I am forced to agree with Professor John Bourne, the ISG’s Chairman, who says that the Group’s findings have been, to some, “surprising”.

Why surprising? After all, much of the report’s content was not unexpected. The ISG’s work has been published in scientific journals as the results of individual aspects of that work became available. ‘Reactive’ badger culling increases the amount of TB in cattle. ‘Proactive’ culling reduces TB in cattle by around 23% in the culling zone, but increases it by 25% in the surrounding area and so the overall effect is marginal at best. This we knew.

The surprise element of the final ISG report (to me and I suspect to a great many others) is the thorough and overwhelming way in which badger culling of any kind, and on any scale, is dismissed as being either ineffective, uneconomic, or both. After bringing the full weight of the scientific approach to bear on the problem of bovine TB for nearly ten years, the conclusion is that killing badgers simply cannot have any meaningful part to play in the solution, under any circumstances.

After praising the work of the Badger Trust and the accuracy of its press releases and reports on bovine TB, I concluded:

‘The [cattle] industry’ is sadly, but predictably, not at all happy with the conclusions reached by the ISG and will be baying for the badger’s blood even more vociferously than ever before. There is still work for the Badger Trust to do if the overwhelming case against badger culling is to be translated into official Government policy which focuses solidly on effective cattle-based measures to control bovine TB.

How prophetic those words were. The science was, eventually, accepted by Hilary Benn during his time as Secretary of State at Defra. Sensibly, and bravely, he announced that Defra would not undertake or authorise a cull of badgers to control bTB but would instead concentrate on developing vaccines for cattle and badgers.

Alas, Hilary could only control agricultural policy in England, and with the election of a new Government this month, he is no longer in a position to do that. Nearly three years on from the publication of the ISG’s final report, we now have a cull of badgers about to start in Wales, and promises of further culls in England. The Welsh Assembly Government claims that its ‘pilot cull’ is based on expert scientific advice, while the new administration at Westminster says that it will introduce “a carefully managed and science-led policy of badger control in areas with high and persistent levels of bovine tuberculosis.”

As Jack Reedy has said on behalf of the Badger Trust, in response to the new Government’s plans to kill badgers: “If they were going to be led by the most reputable science they wouldn’t even be thinking about it.” Regrettably, it seems that when the best available science doesn’t say what our Governments want it to, they will find some alternative science that fits their political agenda.

What did nearly 11,000 badgers die for between 1998 and 2005? Absolutely nothing, it would now appear. Thousands more face equally pointless deaths in the coming months and years. If it is to prevent those deaths, the Badger Trust will need all the support it can muster. If you count yourself as a friend of the badger, I urge you to join or donate to the Badger Trust today. 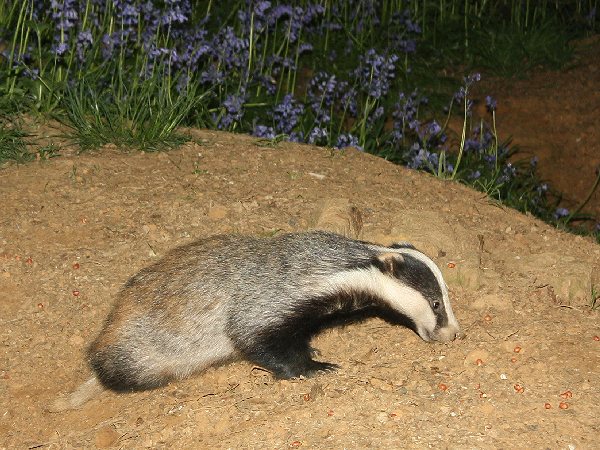 Badger feeding on peanuts (see larger version on Flickr). Peanuts will soon be used to lure badgers in Pembrokeshire into traps so that they can shot by Welsh Assembly Government operatives.

This entry was posted in Bovine TB. Bookmark the permalink.